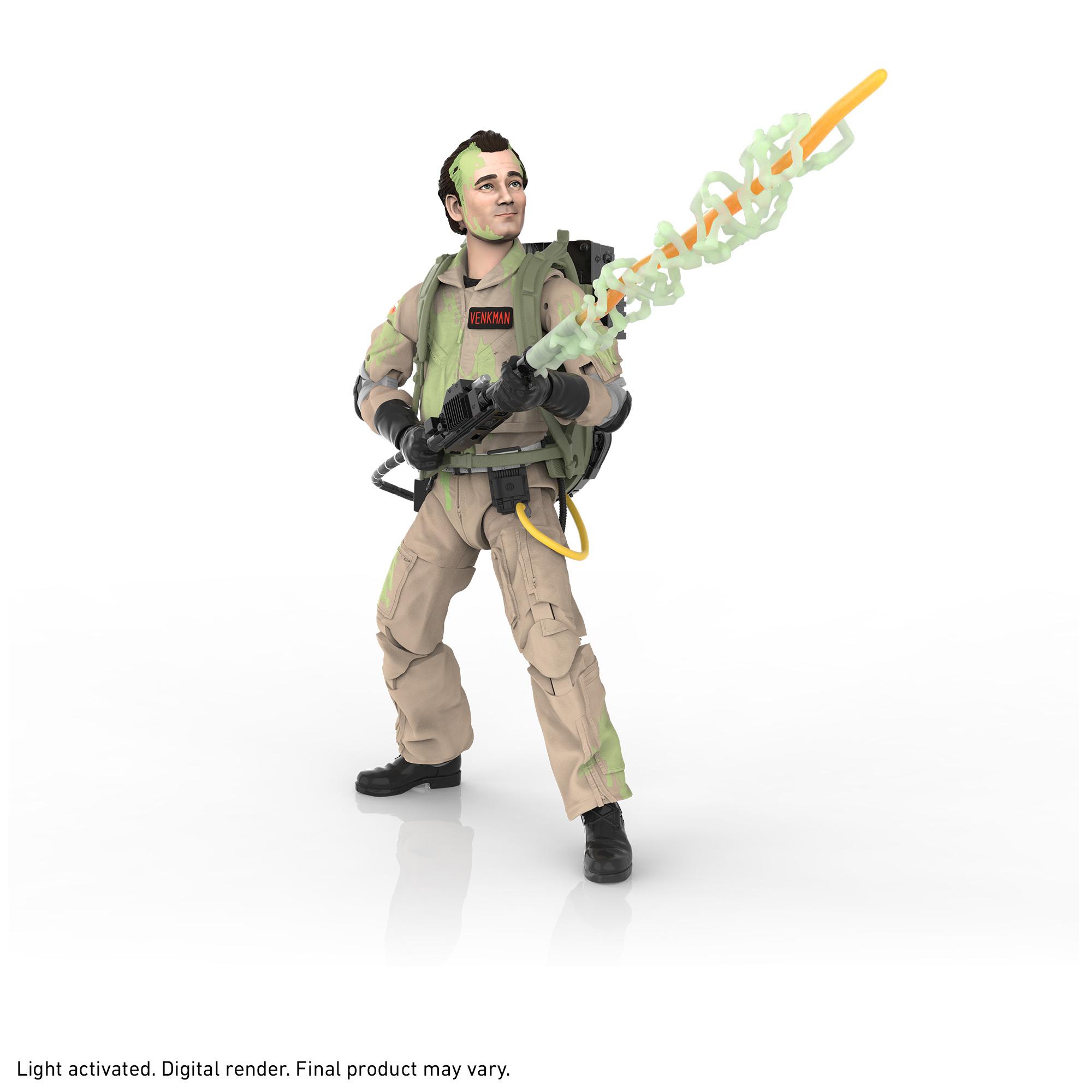 •PETER VENKMAN, THE MAN WITH THE MOUTH: Peter Venkman can talk himself out of almost anything … except being slimed by a Class-5 entity
•PREMIUM ARTICULATION AND DETAILING: Fans and collectors can display the highly poseable Peter Venkman figure featuring premium detail and design in their action figure collection
•GLOW-IN-THE-DARK FIGURE: This Peter Venkman action figure features glow-in-the-dark ecto-plasm deco for that supernatural “slimed” look. To charge glow-in-the-dark effect, place under light
•MOVIE-INSPIRED ACCESSORIES: This Ghostbusters Plasma Series action figure comes with 3 entertainment-inspired accessories, including proton pack, neutrona wand, and glow-in-the-dark proton stream
•DON’T CROSS THE STREAMS: The Ghostbusters have been stopping ghastly ghosts and gruesome ghouls dead (again) in their tracks since 1984, and the adventures continue with Ghostbusters Plasma Series figures and vehicle from Hasbro (Each sold separately. Subject to availability.)

•Ages 4 and up.
•WARNING: Small parts may be generated. Not for children under 3 years.
•Includes: figure and 3 accessories.

We're sorry, but you are not eligible to access this site.